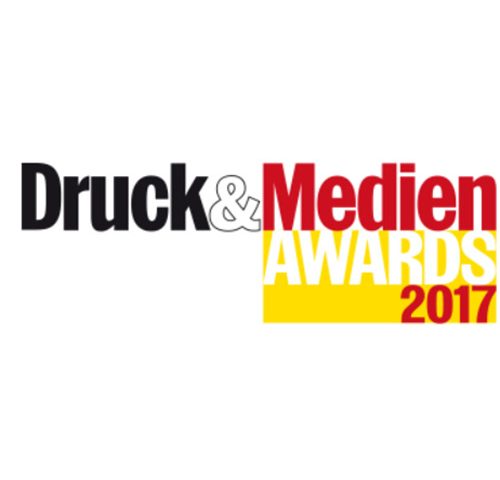 Packaging Printer of the Year.

Outstanding: Print&Media Awards 2017 honour the best in the printing industry.

The best in the printing category were honoured with the Print&Media Awards on the 26th October 2017 in the Grand Hyatt Hotel in Berlin across 25 different categories. Printing plants, bookbinders, as well as educational institutions were among the just under 500 representatives of the industry who were celebrated for their particular achievements. A high point of the evening was the awarding of this year’s Printing Plant Manager of the Year Gold Award to Francisco Martinez, CEO of Straub Druck + Medien AG in Schramberg.

The Print&Media Awards, hosted every year since 2005 by the Deutscher Drucker Verlagsgesellschaft [German Printer and Publishing Group] are recognised as the most prestigious award in the German printing industry. The sparkling awards gala was presented by TV presenter Judith Raker. Individuals, teams and businesses received prizes across 25 categories.

“The Print&Media Awards 2017 emphasise the high standard of the German printing industry”, explained Bernhard Niemela, chairman of the 23-strong jury and Managing Director of the Deutscher Drucker Verlagsgesellschaft. “It is no surprise that young people are beginning to buy printed books again more often, that current new magazines are entering the markets and that the packaging market is overflowing with ideas. It was not at all easy for the expert panel to filter out the best of the year from the number of fantastic entries.” A high point of the gala was the awarding of the Gold Award to “Printing Plant Manager.